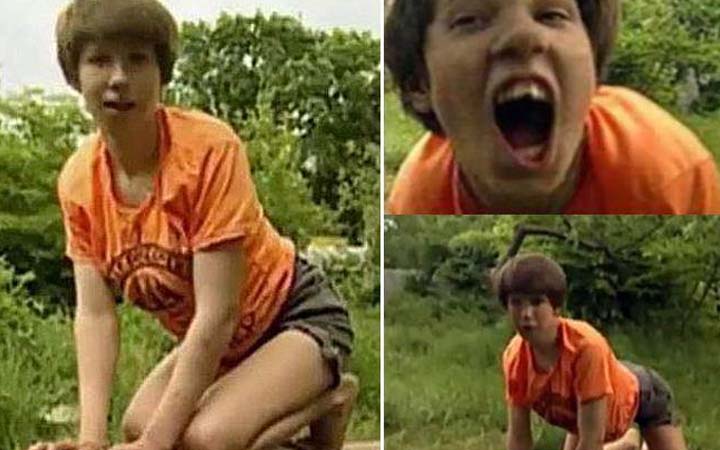 Image Source: List Gecko
Oxana Malatya was neither a feral nor a confined child, she was a neglected one.
Oxana was found in the family dog kennel in 1991 living a normal dog’s life.

She spent her childhood within a dog community in the back garden of the family house in Blagoveschenka, Ukraine, after being neglected by her alcoholic parents. They had forgotten her outside when she was three years old.

At that night, she tried to look for warmth and food, and finally, she found a hovel that sheltered a huge group of dogs eating fresh meat, and there she stayed. After 9 years without any human contact, she acquired all dogs’ behaviors; she was walking on all four, growled, barked, and bore her teeth when someone approached. 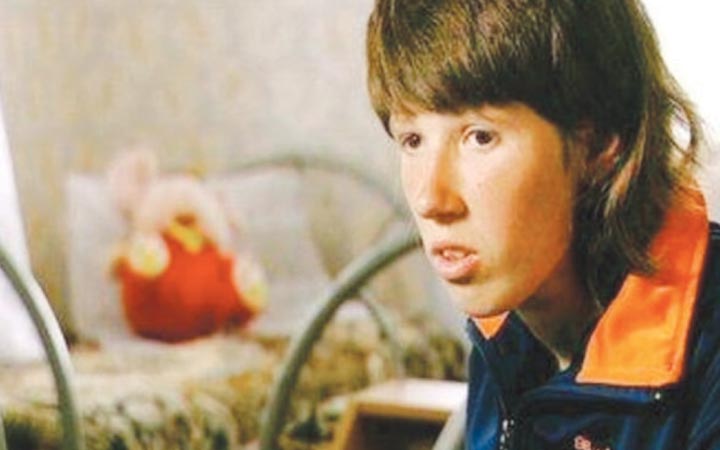 Image Source: Dawn
When Oxana was found, her dogs community was aggressively trying to rescue her, it was clear that she was one of them. It took her several years to re-adapt to the human behavior again, she was suffering from the delayed emotional and social skills which created a real challenge for her rescuers to bring her back to humanity.

In 2010, she lived as a human being at the mentally handicapped home in Ukraine, where she was taking care of the clinic’s farm animals.