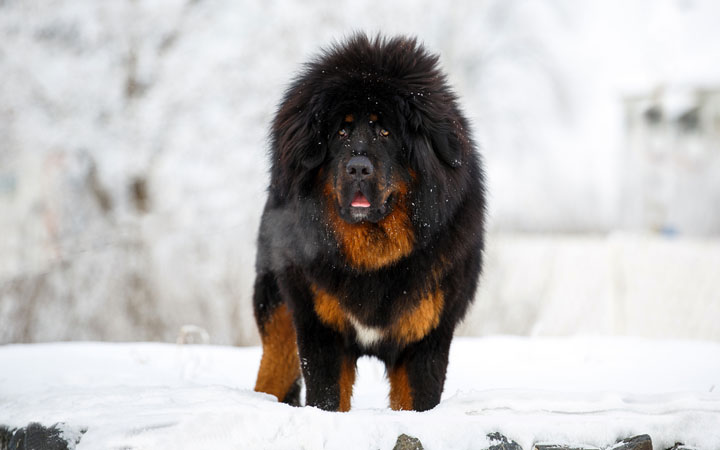 A remarkably big dog with the noble background, the Tibetan Mastiff is still a primitive dog breed that was perceived as tough and independent dog centuries ago in Tibet. They were used as guard dogs for property and livestock, and they can still be found performing that role. Tibetan Mastiff is also one of the most influential and the most expensive dogs in the world; these dogs are incredibly attractive with their immense double coat which can be brown, blue, grey or black with different charming shades of gold.

However, the Tibetan Mastiff has been used in many shows in the United States as the world’s most expensive dog breed; it was also bought for a cool $1.6 million which is absolutely a stunning price for such noble and powerful breed. Check out the following slides for a full list of the Tibetan Mastiff features.
CONTINUE READING ON NEXT PAGE
Chad L. Proctor